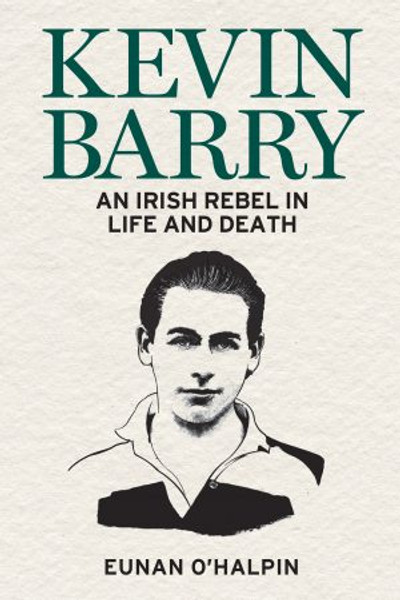 On 1 November 1920, eighteen-year-old UCD medical student Kevin Barry was hanged in Dublin’s Mountjoy Jail for his role in a bungled IRA operation in which three British soldiers were killed. To this day, he remains a vibrant and celebrated icon of patriotic, idealistic death, his name synonymous with youthful republican sacrifice.

His life was short, but Kevin was more than a hapless teen swept away in the revolutionary maelstrom of the time. Here, Professor Eunan O’Halpin, a grand-nephew of Barry, accesses exclusive family records and other archives to explore Kevin’s republicanism and the endurance of his memory, one hundred years on from his untimely death. Kevin’s humorous letters show a rounded, irreverent and humane schoolboy and young man, while British records confirm his laconic heroism as he bravely awaited his inevitable execution.

From his unique vantage point, O’Halpin also considers Barry’s death in parallel with those other Irishmen who died for the republican cause within days of his own, how his background challenged assumptions about those who fought for Irish independence, and the lasting legacy of having ‘a martyr in the family’.

Warriors and Witches and Damn Rebel Bitches : Scottish women to live your life by