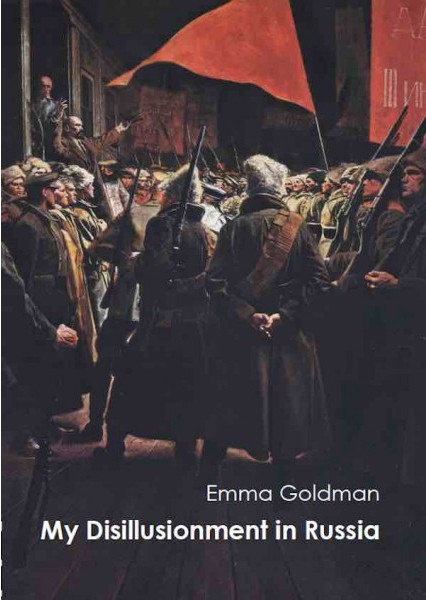 A teenager when she and her family emigrated to the United States, Emma Goldman (1869–1940) was so greatly affected by Chicago's Haymarket Square tragedy in 1886 that she became a revolutionary and campaigned for such then-controversial transformations in society as higher wages, the eight-hour workday, birth control, and abolition of the draft. Because of these activities, she was deported to Russia in 1919, where she was able to witness the Revolution's aftermath firsthand. Horrified by what she saw in major cities and revolted by the Bolshevik dictatorship, she left the country in 1921 and, soon after, set down her thoughts in two books — My Disillusionment in Russia and My Further Disillusionment in Russia. She wrote passionately about political harassment and forced labor inflicted upon the masses, rampant opportunism raging throughout the Soviet government, industrial militarization, persecution of anarchists, and the government's increased use of deportation as a political weapon. Her writings helped turn a large number of socialists against the Bolshevik government. Her two books have been combined in this Dover edition — a volume that will be of value to teachers, students, and anyone interested in the socio-economic problems of the early 20th century.