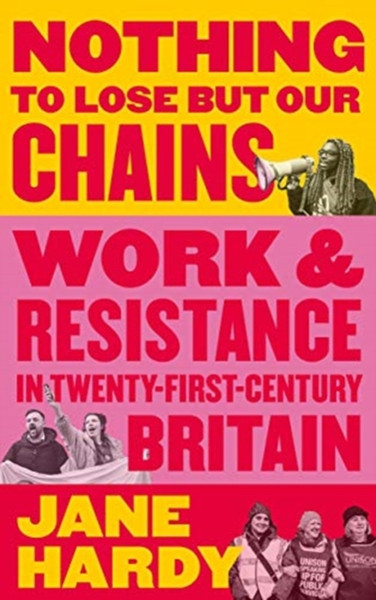 Capitalism is a dynamic system, continually adapting itself to exploit workers in new ways. In Britain today, the gig economy is its newest form, expressed through precarious contracts and the supposed atomisation of workers. In this book, Jane Hardy argues that despite capitalism's best efforts to stop us, we can always find ways to fight it.

Through a range of case studies, from cleaners to university lecturers, Hardy looks at how workers are challenging employers' assaults in the neoliberal workplace, comparing these new actions to a long history of British working class struggle. She explores the historic role of migrants in the British workforce, from the Windrush generation to more recent arrivals from the European Union, as well as placing womens' collective action centre stage. Analysing the rise of robotics and artificial intelligence, she refutes claims that we are entering a post-capitalist society.

Nothing to Lose but our Chains is an optimistic exploration into the power of the working class, showing that no matter what tools capitalism uses, it can always be resisted.