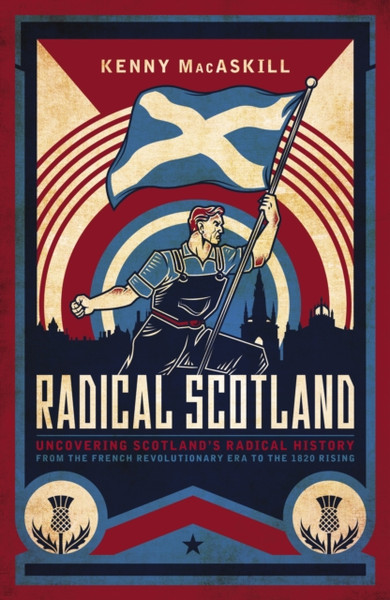 The Political Martyrs memorial in Edinburgh looms large on the city's skyline but its history is relatively unknown. And that is not by accident. As Edinburgh's New Town was constructed, a narrative of kilts and loyalty was created for Scotland, with its radical history deliberately excluded.

The French Revolution lit a spark in Scotland, inspiring radicals and working people alike, and uniting them in opposition to the King and his government. The oligarchy of landowners that ran Scotland was worried. Leading radicals like Thomas Muir and fellow political martyrs were later rounded up and transported to Botany Bay.

But the radicals fought back and formed the United Scotsmen, seeking widespread political reform throughout the Union and prepared to use physical force in defence of their ideals and as social and economic hardship followed in Waterloo's wake, the flame of radicalism was further ignited. This is Scotland's Radical History.