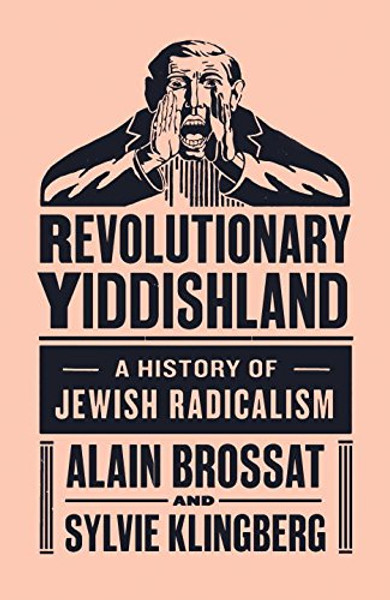 Jewish radicals manned the barricades on the avenues of Petrograd and the alleys of the Warsaw ghetto; they were in the vanguard of those resisting Franco and the Nazis. They originated in Yiddishland, a vast expanse of Eastern Europe that, before the Holocaust, ran from the Baltic Sea to the western edge of Russia and incorporated hundreds of Jewish communities with a combined population of some 11 million people. Within this territory, revolutionaries arose from the Jewish misery of Eastern and Central Europe; they were raised in the fear of God and taught to respect religious tradition, but were caught up in the great current of revolutionary utopian thinking. Socialists, Communists, Bundists, Zionists, Trotskyists, manual workers and intellectuals, they embodied the multifarious activity and radicalism of a Jewish working class that glimpsed the Messiah in the folds of the red flag. Today, the world from which they came has disappeared, dismantled and destroyed by the Nazi genocide. After this irremediable break, there remain only survivors, and the work of memory for red Yiddishland. This book traces the struggles of these militants, their singular trajectories, their oscillation between great hope and doubt, their lost illusions - a red and Jewish gaze on the history of the twentieth century.

Shell-Shocked : On the Ground Under Israel's Gaza Assault - Mohammed Omer