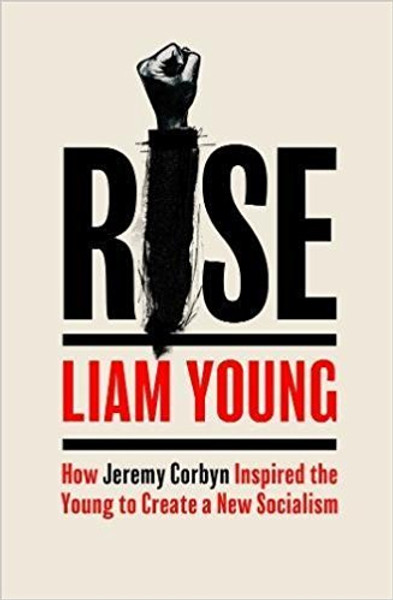 ‘Liam is one of Britain’s most brilliant young writers. He was ridiculed for believing a Corbyn-led Labour party could inspire people – but ultimately completely vindicated. If you want to know why the youth surge happened, [RISE] is an absolute must-read.’ -Owen Jones

The 2017 general election saw Jeremy Corbyn inspire young people to demand a new kind of socialism. Now, from the heart of the Labour Party, Liam Young asks how this new movement can help secure a fairer and better society for all.

When Jeremy Corbyn decided to stand for the Labour leadership in 2015, Liam Young – then just 19 years old – knew this was a watershed moment for the party and for young people across the country. He joined Corbyn’s campaign and was soon writing for the Independent and the New Statesman, explaining how the new leader would energise the youth vote and bring forward a new kind of politics. While many commentators questioned Corbyn’s actions, Young wrote about how his policies would work and be hugely popular. He harnessed the power of social media and is emerging as one of the most influential voices on the left for his generation and beyond. When the general election results of 2017 came through, he was not surprised by the surge in support for Corbyn’s Labour.

Rise is not only a superb insider account of how the youth movement in the Labour Party galvanised a nation that will appeal to readers of books by Owen Jones and Paul Mason, but it is also a manifesto for the future and a call to action for anyone who believes it should be possible to create a better Britain.

Liam Young is a writer and political activist who, aged 19, was one of the first to campaign for Jeremy Corbyn in 2015. He has written for the Independent and the New Statesman. Having recently completed his degree in International Relations at the LSE, he now works as a political adviser.

Welcome to the Republic of Scotland