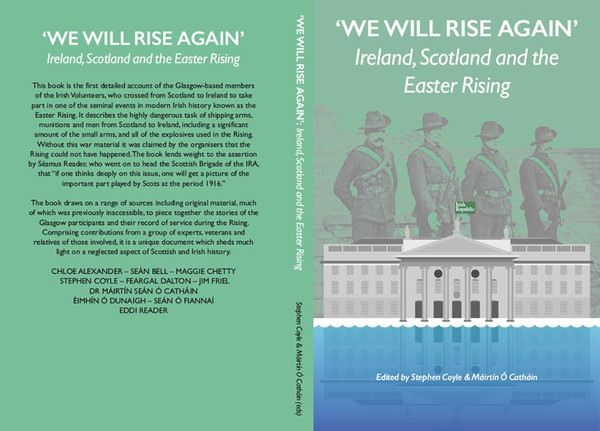 This book is the first detailed account of the Glasgow-based members of the Irish Volunteers, who crossed from Scotland to Ireland to take part in one of the seminal events in modern Irish history known as the Easter Rising. It describes the highly dangerous task of shipping arms, munitions and men from Scotland to Ireland, including a significant amount of the small arms, and all of the explosives used in the Rising. Without this war material it was claimed by the organisers that the Rising could not have happened. The book lends weight to the assertion by Seamus Reader, who went on the head the Scottish Brigade of the ira, that “if one thinks deeply on this issue, one will get a picture of the important part played by Scots at the period in 1916.”

The book draws on a range of sources including original material, much of which was previously in accessible, to piece together the stories of the Glasgow participants and their record of service during the Rising. Comprising contributions from a group of experts, veterans and relatives of those involved, it is a unique document which sheds light of a neglected aspect of Scottish and Irish history. Edited by Stephen Coyle and Máirtín Ó Catháin.