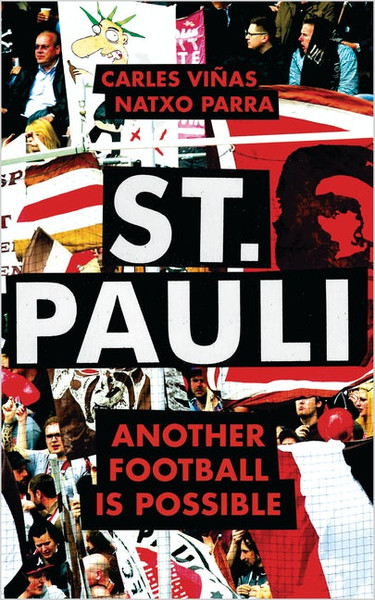 FC St. Pauli is a football club unlike any other. Encompassing music, sport and politics, its fans welcome refugees, fight fascists and take a stand against all forms of discrimination. This book goes behind the skull and crossbones emblem to tell the story of a football club rewriting the rulebook.

Since the club's beginnings in Hamburg's red-light district, the chants, banners and atmosphere of the stadium have been dictated by the politics of the streets. Promotions are celebrated and relegations commiserated alongside social struggles, workers' protests and resistance to Nazism. In recent years, people have flocked from all over the world to join the Black Bloc in the stands of the Millerntor Stadium and while in the 1980s the club had a small DIY punk following, now there are almost 30,000 in attendance at games with supporters across the world.

In a sporting landscape governed by corporate capitalism, driven by revenue and divorced from community, FC St. Pauli demonstrate that another football is possible.

'Football has always been tribal, but this book shows how tribalism can be a force for good. Radicalism, social inclusion and joy all have their place on the terraces; there's more than one Marcus Rashford out there!' - Val McDermid

'Fascinating and profoundly political' - Cas Mudde, author of "The Far Right Today" (2019) and host of the podcast RADIKAAL.

No Pasaran "They Shall Not Pass" (red inline) Hoody