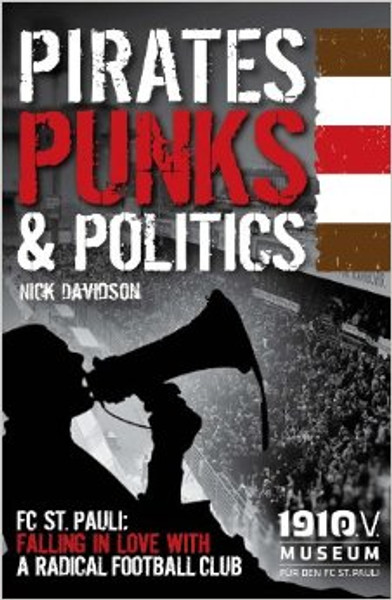 FC Sankt Pauli – the football club in the red-light district of Hamburg; a transvestite chairman; terraces populated by punks, pimps and prostitutes; a club run by anarchists, united under the skull and crossbones flag. This is the cliché that has been lazily peddled, one which attracts clueless stag parties from the Reeperbahn to the Millerntor stadium. But it’s not the real St Pauli. In Pirates, Punks & Politics author Nick Davidson puts the record straight, intermingling the history of FC St. Pauli, and the district it represents, with an account of his own involvement with the club. Back in 2007 Davidson travelled with his father to watch his first game at the Millerntor. What he found reinforced his faith in football. This book goes beyond the stereotype to seek out the real St. Pauli – a club with a passionate, left-wing fan base that has made a stand against, fascism, racism, sexism and both in football and wider society. As the author and countless others have discovered, the Millerntor is also a place which welcomes with open arms fans seeking an alternative to the rabid commercialisation of football elsewhere, encouraging them to stay for hours after the final whistle and immerse themselves in the vibrant fan culture. Read this book and fall in love with a different kind of football.