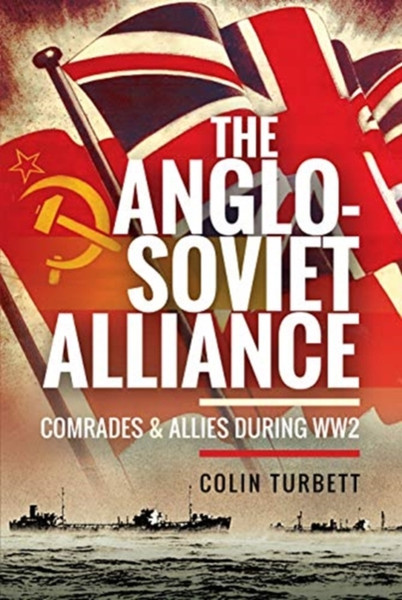 From the onset of the Bolshevik Revolution in Russia in 1917 until the German invasion of the Soviet Union in 1941, Britain enjoyed an ambiguous relationship with the USSR and its people. All inter-war governments were concerned about the communist ideals of the new state and the threat they presented to British interests at home and abroad, and this was inevitably reflected amongst the general population. However there was a well-established British Communist Party whose fortunes were tied to the Soviet Union's successes and failures.

The wartime alliance offered the Communists an opportunity to extend their influence and win electoral support. Or did it? There were influences at work stemming from both sides that sought to put the importance of allied victory above competing ideology, with agreement over the need for a strong and unconditional anti-Fascist alliance. Compromises were made and relationships formed that would have seemed strange indeed to the pre-war observer.

There were, however, tensions throughout the period of the war. By mid-1945, the alliance was threatened by differences that reflected original ideologies that had been glossed over for the duration of the conflict: these led to a Cold War for the next 45 years. This book, using both contemporary sources as well as post-war analyses, examines these matters alongside images that take us back to the period and help us understand its intricacies.

It will start with a look at Britain's opposition to the Bolshevik Revolution and the consolidation of the Soviet State under Lenin and then Stalin. The main body of the book goes on to give detail of the Wartime Alliance and the various forms through which it was expressed - from Government led Lend-Lease of equipment, to voluntary 'Aid for Russia. t ends with the War's aftermath and the division of the world between the influences of capitalism on the one hand, and the "really existing socialism" of the Soviet Union and its satellites on the other.

Tensions and expectations resulted, amongst other great social events, in the launch of the Welfare State, the demise of the British Empire, the nuclear arms race and, ultimately, the end of the Soviet Union in 1991.