The Duty To Stand Aside : Nineteen Eighty-Four and the Wartime Quarrel of George Orwell and Alex Comfort 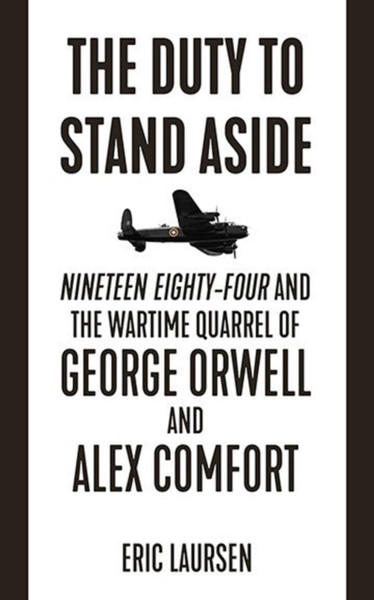 The Duty To Stand Aside : Nineteen Eighty-Four and the Wartime Quarrel of George Orwell and Alex Comfort

The Duty to Stand Aside tells the story of one of the most intriguing yet little-known literary-political feuds—and friendships—in 20th-century English literature. It examines the arguments that divided George Orwell, future author of Animal Farm and Nineteen Eighty-Four, and Alex Comfort, poet, biologist, anarchist-pacifist, and future author of the international bestseller The Joy of Sex—during WWII. Orwell maintained that standing aside, or opposing Britain’s war against fascism, was “objectively pro-fascist." Comfort argued that intellectuals who did not stand aside and denounce their own government’s atrocities—in Britain’s case, saturation bombing of civilian population centers—had “sacrificed their responsible attitude to humanity.”

Later, Comfort and Orwell developed a friendship based on appreciation of each other’s work and a common concern about the growing power and penetration of the State—a concern that deeply influenced the writing of Nineteen Eighty-Four. Shortly before his death in 1950, however, Orwell would accuse Comfort of being “anti-British” and “temperamentally pro-totalitarian” in a memo he prepared secretly for the Foreign Office—a fact that Comfort, who died in 2000, never knew.

Laursen’s book takes a fresh look at the Orwell-Comfort quarrel and the lessons it holds for our very different world—in which war has been replaced by undeclared “conflicts,” civilian bombing is even more enthusiastically practiced, and moral choices between two sides are rarely straightforward.

Why I Write - George Orwell