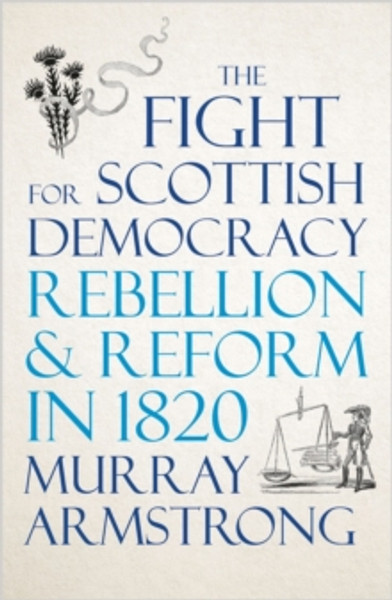 Three Scottish weavers, James Wilson, Andrew Hardie and John Baird, were hanged and beheaded for high treason in the summer of 1820. Nineteen more men were transported to the penal colony of Botany Bay. Their crime? To have taken up arms against a corrupt and nepotistic parliament, and the aristocratic government that refused to reform it.

This 'Radical War' was the culmination of five years of unsuccessful mass petitioning of Westminster by working people in Scotland and England. The contempt and intransigence of the Tory government forced an escalation in tactics, and on Easter Monday of 1820, the call for a general strike was answered throughout the western counties of Scotland. Their demands were threefold: the vote for all men, annual parliaments and equal constituencies.

Coupled with an armed rebellion, the strike was met by the full military might of the British state; hundreds were arrested and imprisoned without trial, while hundreds more fled the country. This Scottish general strike and insurrection is a little-known chapter of British history and yet remains an immensely important one in the long fight for democracy. In The Fight for Scottish Democracy, Murray Armstrong brings these events dramatically to life.

A is for Arson: A Suffragette Alphabet of Rebellion & Resistance