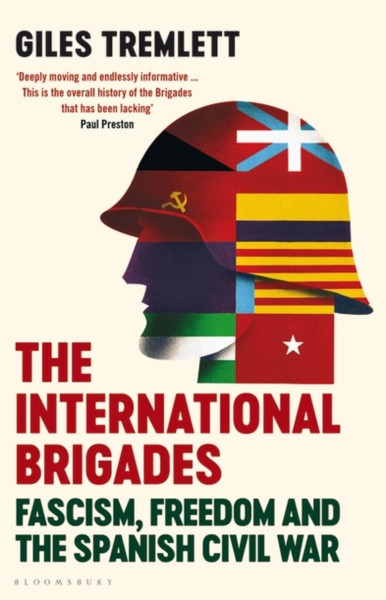 Over 35,000 volunteers from sixty-one countries around the world came to defend democracy against the troops of Franco, Hitler and Mussolini. Ill-equipped and disorderly, yet fuelled by a shared sense of purpose and potential glory, disparate groups of idealistic young men and women banded together to form a volunteer army of a size and kind unseen since the Crusades, known as the International Brigades. These passionate liberal fighters - from across Europe, China, Africa and the Americas - would join the Republican cause, fighting for over two years on the bloody battlegrounds of Madrid, Jarama and Ebro.

Were they heroes or fools? Saints or bloodthirsty adventurers? And what exactly did they achieve? This is a story rendered vivid in the writings of Orwell and Hemingway, the paintings of Picasso and the photographs of Taro and Capa. But here, in this magisterial history, award-winning historian Giles Tremlett tells - for the first time - the story of the Spanish Civil War through the experiences of this remarkable group of people. Drawing on the Brigades' extensive archives in Moscow, Comintern documents and first-hand accounts, Tremlett captures all the human drama of an historic mission to halt fascist expansion in Europe.

A fascinating history of resistance, The International Brigades shows just how far ordinary people will go to save democracy against overwhelming odds in a tale of European solidarity that resonates just as strongly today.

The State of the World Atlas