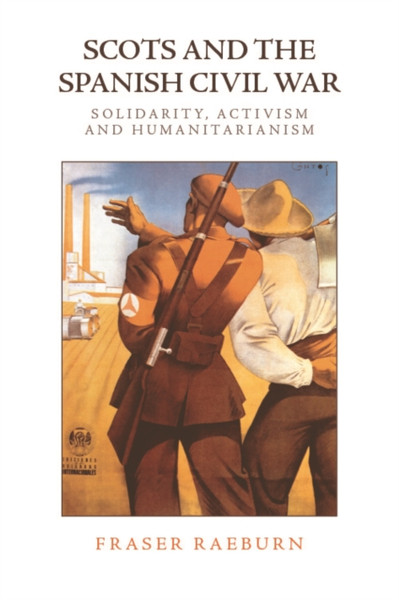 Why did so many Scots offer their time, their money and even their lives in aid of the Spanish Republic?

Few causes before or since have inspired such passion, determination and sacrifice than the Spanish Civil War (1936-9). This book explores the many ways in which Scots responded to the war in Spain, covering the activists and humanitarians who raised funds and awareness at home, as well as the hundreds of Scots who journeyed to Spain to fight as part of the International Brigades. Their stories reflect much larger narratives of the rise of European fascism, the networks and cultures of international communism and the wider modern phenomenon of transnational foreign fighters.

Scots and the Spanish Civil War is a groundbreaking study of Scottish involvement in one of the 20th century’s most famous and divisive conflicts, drawing on newly-declassified government documents and international archives in Spain and beyond. As well as shedding new light on Scottish politics in the 1930s, Fraser Raeburn argues that this case study – part of the largest wave of foreign war volunteering in the 20th century – can help us understand other such mobilisations, past and present.