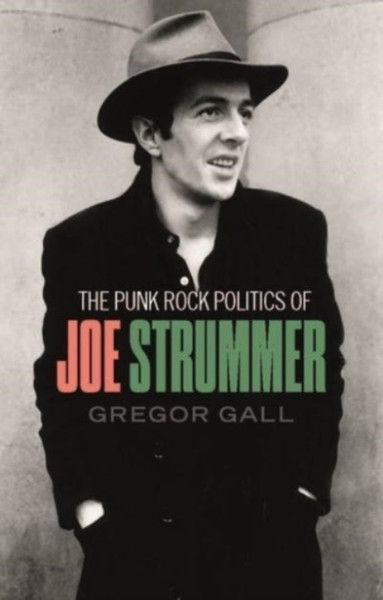 Joe Strummer was one of the twentieth century's iconic rock'n'roll rebels. As frontperson, spokesperson and chief lyricist for The Clash, he played a major role in politicising a generation through some of the most powerful protest songs of the era, songs like 'White Riot', 'English Civil War' and 'London Calling'. At the heart of this protest was the struggle for social justice and equality.

The punk rock politics of Joe Strummer examines Strummer's beliefs on a range of issues - including socialism, alienation, exploitation, multiculturalism and humanism - analysing their credibility, influence and impact, and asking where they came from and how they developed over time. Drawing on Strummer's lyrics, various interviews and bootleg recordings, as well as interviews with those he inspired, The punk rock politics of Joe Strummer takes the reader on a journey through the political influences and motivations that defined one of the UK's greatest punk icons.

'Ever wondered why UK punk rock was political and US punk rock wasn't? Two words: Joe Strummer. Gregor Gall takes a deep dive into the convictions and contradictions of the legendary Clash front man who tried to walk it like he talked it.'
Billy Bragg, musician, writer and campaigner

'With this book, Gregor Gall has written what must be the last word on Joe Strummer, the icon of rock politics. Examined from multiple perspectives, and drawing on the words of Strummer himself and of the many who followed and commented on him, The Punk Rock Politics of Joe Strummer is a fine and fitting testimony to the complexity and contradictions of the man's life, his music and his politics.'
Professor John Street, University of East Anglia and author of Music and Politics

'An absolute "must read" for all those who believe "it's more important than just music".'
Richard Chorley, Louder Than War

'Bringing together an impressive amount of research, Gall examines in meticulous detail many aspects of the political psyche and personality of the Clash frontman, charting his political development from his Clash heydays and then beyond. The Punk Rock Politics of Joe Strummer is not just for hardcore Strummer fans (although, if you are, then this book is a must), but anyone interested in the political impact of music will find The Punk Rock Politics of Joe Strummer insightful and comprehensive.'
Molly Tie, Punktuation magazine

A is for Arson: A Suffragette Alphabet of Rebellion & Resistance

Work Won't Love You Back : How Devotion to Our Jobs Keeps Us Exploited, Exhausted and Alone