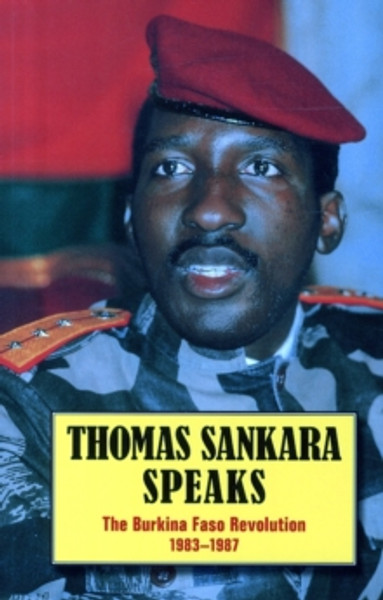 Thomas Sankara led the revolution that took place in the West African country Burkina Faso from 1983 to 1987. In this collection of speeches and interviews, Sankara explains how during those years the peasants and workers of Burkina Faso: established a popular revolutionary government; started to fight the hunger, illiteracy, and economic backwardness imposed by imperialist domination; and began to combat the oppression of women inherited from thousands of years of class society. Their actions set an example not only for the workers and peasants of Africa but for those of the whole world, then and now. Sankara was assassinated October 15, 1987, in a coup carried out by the country's current president, Blaise Compaoré. Second edition includes a new introduction by editor Michel Prairie, foreword, maps, chronology and glossary, as well as an index. Thirty-two page photo section features many unpublished photos of the Burkina Faso revolution. Of the first edition, published by Pathfinder in 1988, Victoria Brittain wrote in the London Guardian, "The courage and originality which made him and Burkina Faso the inspiration they were to so many Africans shine out of this collection of his most important speeches."