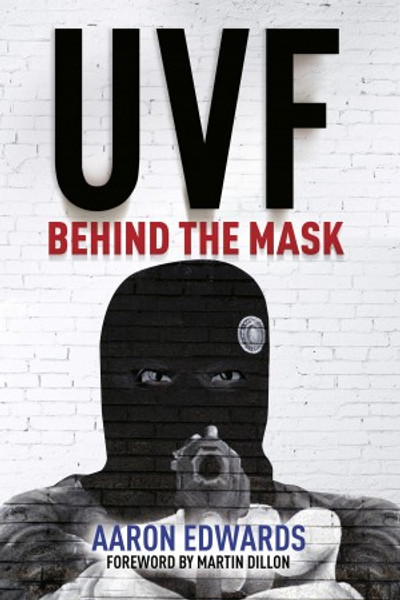 ‘Great historians are good storytellers and Aaron Edwards belongs in this class. His account of the modern UVF’s history is told without embellishment. Facts are carefully woven into the troubles’ historical tapestry … UVF: Behind The Mask is an excellent addition to the written history of the troubles.’
Martin Dillon, Author and Former Journalist

UVF: Behind the Mask is the gripping new history of the Ulster Volunteer Force from its post-1965 incarnation to the present day. Aaron Edwards blends rigorous research with unprecedented access to leading members of the UVF to unearth the startling inner-workings of one of the world’s oldest and most ruthless paramilitary groups.

Through interviews with high-profile UVF leaders, such as Billy Mitchell, David Ervine, Billy Wright, Billy Hutchinson and Gary Haggarty, as well as their loyalist rivals including Johnny Adair, Edwards reveals the grisly details behind their sadistic torture and murder techniques and their litany of high-profile atrocities: McGurk’s Bar, the Dublin and Monaghan bombings, the Miami Showband massacre and the Shankill Butchers’ serial-killing spree, amongst others. Edwards’ life and career has led him to the centre of the UVF’s long, dark underbelly; in this defining work he offers a comprehensive and authoritative study of an armed group that continues to play a pivotal role in Northern Irish society.

Aaron Edwards is a Senior Lecturer in Defence and International Affairs at the Royal Military Academy Sandhurst. He is the author of several books, including, A History of the Northern Ireland Labour Party (2009) and Mad Mitch’s Tribal Law: Aden and the End of Empire, (2014).