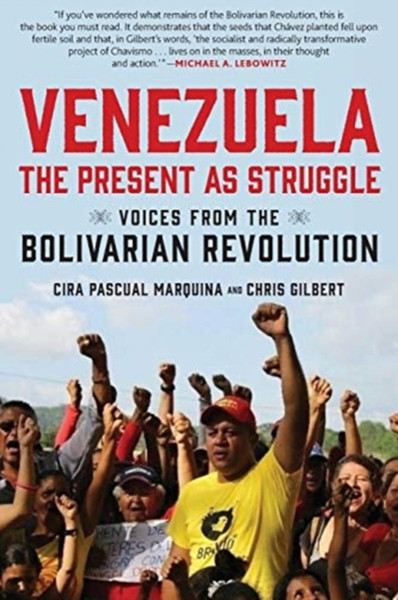 "Today more than ever, we need to listen to critical voices from the Venezuelan grassroots, and this is exactly what Venezuela, the Present as Struggle gives us. Cira Pascual Marquina and Chris Gilbert have gathered the tools we need to navigate the treacherous straits between state and movements, economic crisis and sanctions, and to chart a radical course toward socialism." -George Ciccariello-Maher, author, Building the Commune: Radical Democracy in Venezuela Venezuela has been the stuff of frontpage news extravaganzas, especially since the death of Hugo Chavez. With predictable bias, mainstream media focus on violent clashes between opposition and government, coup attempts, hyperinflation, U.S.

sanctions, and massive immigration. What is less known, however, is the story of what the Venezuelan people - especially the Chavista masses - do and think in these times of social emergency. Denying us their stories comes at a high price to people everywhere, because the Chavista bases are the real motors of the Bolivarian revolution.

This revolutionary grassroots movement still aspires to the communal path to socialism that Chavez refined in his last years. Venezuela, the Present as Struggle is an eloquent testament to their lives. Comprised of a series of compelling interviews conducted by Cira Pascual Marquina, professor at the Bolivarian University, and contextualized by author Chris Gilbert, the book seeks to open a window on grassroots Chavismo itself in the wake of Chavez's death.

Feminist and housing activists, communards, organic intellectuals, and campesinos from around the country speak up in their own voices, defending the socialist project and pointing to what they see as revolutionary solutions to Venezuela's current crisis. If the Venezuelan government has shown an impressive capacity to resist imperialism, it is the Chavista grassroots movement, as this book shows, that actually defends socialism as the only coherent project of national liberation.

Where Grieving Begins : Building Bridges after the Brighton Bomb - A Memoir