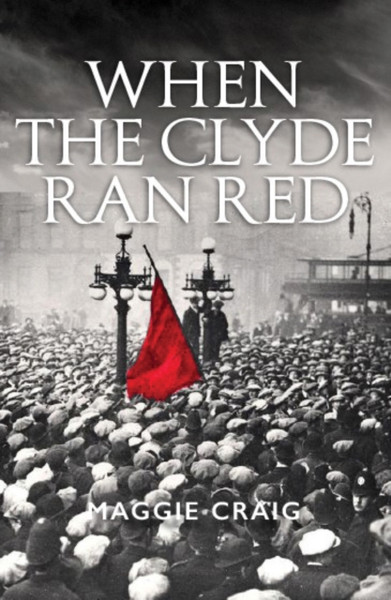 When the Clyde Ran Red paints a vivid picture of the heady days when revolution was in the air on Clydeside. Through the bitter strike at the Singer sewing machine plant in Clydebank in 1911, Bloody Friday in George Square in 1919, the General Strike of 1926 and on to the Spanish Civil War of the 1930s, the men and women of Glasgow, Clydebank and beyond fought for the right to work, the dignity of labour and a fairer society for everyone.

They did so in a Glasgow where overcrowded tenements stood no distance from elegant tearooms, art galleries and glittering picture palaces. Red Clydeside was also home to Charles Rennie Mackintosh, the Glasgow Style and magnificent exhibitions showcasing the wonders of the age. Political idealism and artistic creativity were matched by industrial endeavour. The Clyde built many of the greatest ships that ever sailed the seas, as locomotives from Glasgow pulled trains on every continent on earth.

When the Clyde Ran Red celebrates the determination, achievements and sheer lust for life of the people of Glasgow, Clydebank and Clydeside.