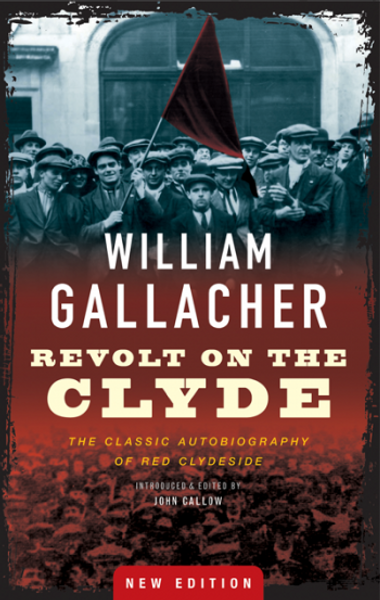 Tanks on the streets, local regiments confined to barracks and the imposition of martial law.

This was not Petrograd, but Glasgow in 1919.

Revolt on the Clyde is William Gallacher’s eye witness account of these tumultuous events – and more – in an era that helped put the ‘Red’ into ‘Red Clydeside’: as the bastion of Scottish socialism. It is the story of establishing workers’ councils, of rent strikes and of the opposition to the First World War, an opposition that seemed poised to usher in a socialist revolution in Scotland.

It is also the story of the extraordinary individuals who fashioned those times: of John Maclean and V.I. Lenin – and of Gallacher himself, a working class leader, temperance campaigner, Communist MP, and central force, driving events on the Clyde from 1913-19.

This story continues to inspire, and it maintains its relevance for the present day, as an unsurpassed account of struggle, sacrifice, idealism and industrial militancy. This is essential reading for anyone interested in the twentieth-century history of the left in Britain, and especially Scotland.