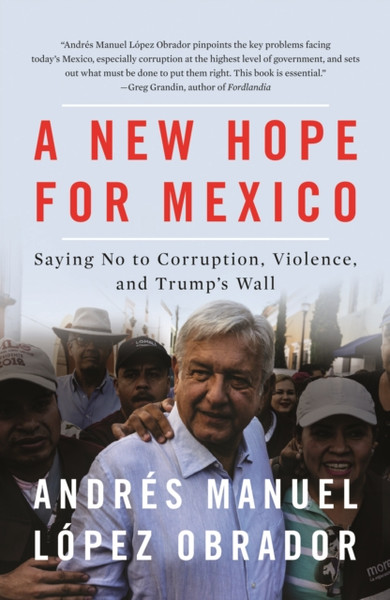 On 1 July 2018, Andres Manuel Lopez Obrador was elected as the next President of Mexico. AMLO's decisive victory speaks volumes about the corrupt state of the Mexican political elite, the temperament of the country's people, and the election of another outspoken politician, Donald Trump. A progressive politician often compared to Jeremy Corbyn and Bernie Sanders, AMLO's campaign galvanised people across Mexico.

Here, in his own words, AMLO paints a picture of a country plagued by cronyism and neoliberalism, and declares the dawn of a new era, vowing to uplift poor and indigenous communities and provide jobs and welfare for all. As Trump publicly derides the Mexican people as 'drug dealers, criminals and rapists', AMLO is critical of Mexico's capitulation to the US. The election of a true progressive for the first time in recent history has huge implications for the Mexican people, for the United States, and for the international progressive Left.

This manifesto is the foundation on which a new progressive Latin American politics could emerge.

No Wall They Can Build - Crimethinc

Feminisms in Motion : Voices for Justice, Liberation, and Transformation