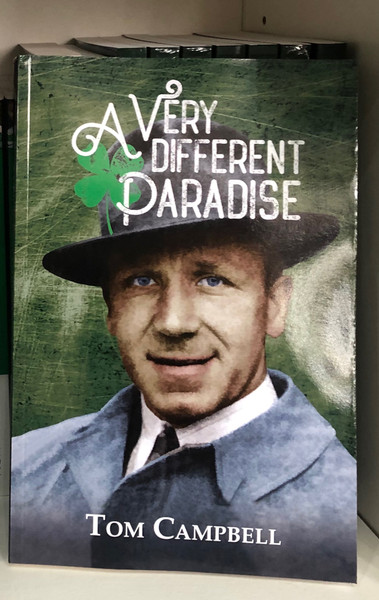 During the six years of World War II organised football in Scotland was ‘unofficial’. Most clubs utilised the services of guest players, usually footballers in Scotland on military service. One such man was Matt Busby, a Scottish internationalist and a Liverpool player; born in Lanarkshire, he volunteered his services to Celtic . . . but his offer was rejected.

Celtic's decline continued through the war, and for some seasons afterwards. Busby turned out for Hibernian and transformed them into an effective and attractive team. After the war, of course, he became manager of Manchester United, at the time a struggling outfit. More than any man, he deserves credit for them evolving into the super-club of today.

But, what might have happened had he turned out for Celtic during those wartime seasons? This novel, with its blend of reality and fiction, its evocation of those times, its clubs, players and personalities explores that possibility.

A remarkably accurate depiction of Scottish football in the post-war era. The players, managers, chairmen and journalists come to life realistically – so much so that one can easily forget that this is a novel and not history.  BOB CRAMPSEY (commenting on the book’s first draft)

A truly remarkable re-construction of past events in Celtic history. If this were only true, and not a delightful work of fiction! DAVID POTTER

A great read! Such a subtle blending of fact and fiction that it could be mistaken for the real insider's history of Celtic. EUGENE MacBRIDE

VINYL: The Wakes - Paradise to Millerntor