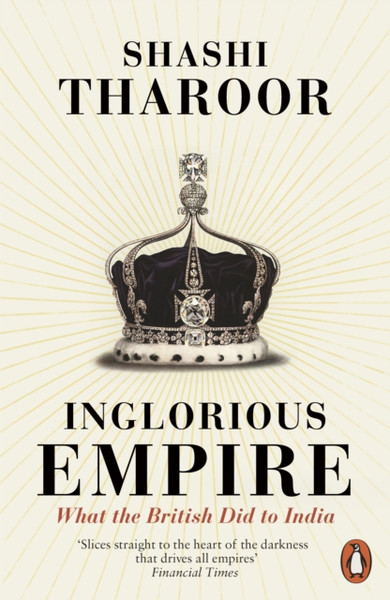 The Sunday Times Top 10 bestseller on India's experience of British colonialism, by the internationally-acclaimed author and diplomat Shashi Tharoor'Tharoor's impassioned polemic slices straight to the heart of the darkness that drives all empires ... laying bare the grim, and high, cost of the British Empire for its former subjects. An essential read' Financial TimesIn the eighteenth century, India's share of the world economy was as large as Europe's.

By 1947, after two centuries of British rule, it had decreased six-fold. The Empire blew rebels from cannon, massacred unarmed protesters, entrenched institutionalised racism, and caused millions to die from starvation. British imperialism justified itself as enlightened despotism for the benefit of the governed, but Shashi Tharoor takes demolishes this position, demonstrating how every supposed imperial 'gift' - from the railways to the rule of law - was designed in Britain's interests alone.

He goes on to show how Britain's Industrial Revolution was founded on India's deindustrialisation, and the destruction of its textile industry. In this bold and incisive reassessment of colonialism, Tharoor exposes to devastating effect the inglorious reality of Britain's stained Indian legacy.