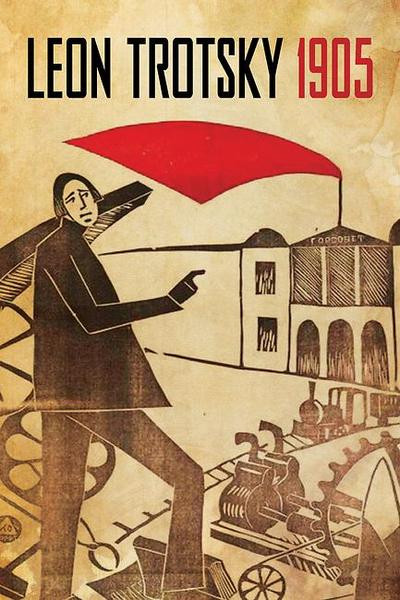 1905 chronicles the key developments lead to revolution and the unsuccessful attempt at overthrowing the Tsar of Russia.
In January of 1905, thousands of Russian workers, led by a priest on the payroll of the Tsar himself, marched to the gates of the Winter Palace with the intention of humbly petitioning their ruler for an eight hour work day. They were met by an intransigent detachment of royal guards who opened fire, killing hundreds of demonstrators. This massacre was the spark that set off an uprising that would shake the Russian Empire to its very foundation before the year’s end.

At the very center of this movement stood the newly created Soviet of Workers Deputies. Formed to coordinate the wave of mass strikes that stretched from St. Petersburg to Warsaw, this council became the de-facto voice of Russia’s revolutionary workers, who chose Leon Trotsky as their elected leader.

1905 is Leon Trotsky’s account of these events. With his characteristic combination of elegant, beautifully written narrative and incisive, insightful analysis, Trotsky’s bookdespite long being out of printhas remained the central point of reference for those looking to understand the rising of workers, peasants, and soldiers that would later become known as the Great Dress Rehearsal.’ Originally written in 1908 for revolutionaries in and outside of Russia to better understand the dynamics and forces at play in order to better apply them to their own circumstances, this new edition reclaims these lessons for today’s radicals