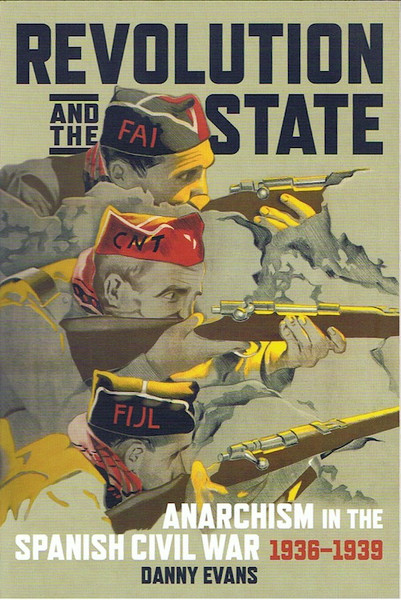 This book analyzes the processes of revolution and state reconstruction that took place in the Republican zone during the Spanish civil war. It focuses on the radical anarchists who sought to advance the revolutionary agenda. Their activity came into conflict with the leaders of their own organizations, who had joined the coalition government in order to reconstruct the state, following its near collapse in July 1936. This process implied participation not only in the organs of governance but also in the ideological reconstitution of the Republic as a patriarchal and national entity. Using original sources, Evans shows that the opposition to this process was both broader and more ideologically consistent than has hitherto been assumed, and that, in spite of its heterogeneity, it united around a common revolutionary programme. This resistance to state reconstruction was informed by the essential insight of anarchism: that the function and purpose of the modern state cannot be transformed from within. By situating the struggles of the radical anarchists within the contested process of state reconstruction, the book affirms the continued relevance of this insight to the study of the Spanish revolution.

Danny Evans s a Lecturer in Modern European History at Liverpool Hope University. He has published on anarchism and anti-fascism in a special issue of the International Journal of Iberian Studies that he co-edited with James Michael Yeoman on “New Approaches to Spanish Anarchism” (2016). His interests include the anarchist commitment to internationalism and gender equality in Spain, and the post-revolutionary experiences of defeat and exile.

"Lucid and incisive... the historiographical issues raised by the author should not be ignored either by civil war specialists or students of modern European revolutions." —Anarchist Studies Journal

"This is an important contribution to the history of the Spanish Civil War and of the anarchist movement." —Kate Sharpley Library.