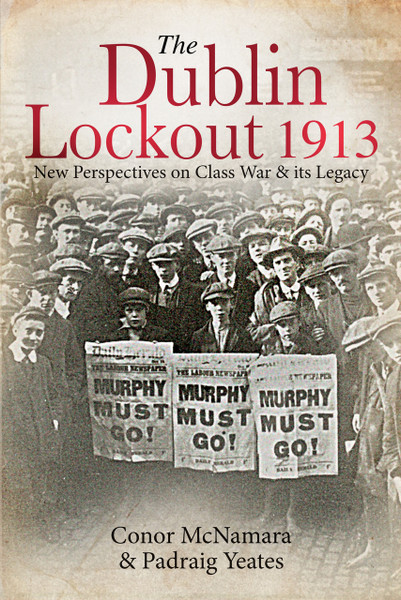 ‘Intolerance has been the curse of our country.’

Putting Ireland on trial, Jim Larkin’s verdict was damning and resolute. His words resound, shuddering towards the present day where class division and workers’ rights disputes make headlines with swelling frequency. In this pioneering collection, an exemplary list of contributors registers the radical momentum within Dublin in 1913, its effects internationally, and its paramount example in shaping political activism within Ireland to this day.

The narrative of the beleaguered yet dignified workers who stood up to the greed of their Irish masters is examined, revealing the truths that were too fraught with trauma, shame and political tension to remain within popular memory. Beyond the animosity and immediate impact of the industrial dispute are its enduring lessons through the First World War, the Easter Rising, and the birth of the Irish Free State; its legacy, real and adopted, instructs the surge of activism currently witnessed, but to what effect?

The Dublin Lockout, 1913 illuminates this pivotal class war in Irish history: inspiring, shocking, and the nearest thing Ireland had to a debate on the type of society that was wanted by its citizens.