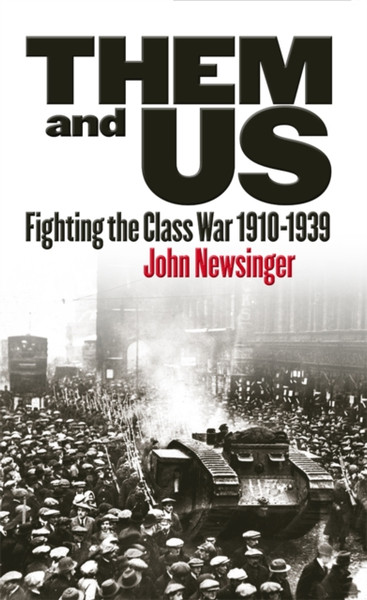 The period from 1910 to 1939 was one of the most explosive in British working class history.
Them and Us looks at how the class struggle—embracingthe struggles of women workers, immigrant workers, the unemployed and the fight against fascism—was fought in these years.
The Labour Party and trade union leaderships were key players in the conflict, but their actions were often intended to undermine working class struggle. The ruling class had much to thank them for.

Today when the working class is under a sustained and unprecedented attack from the Tories, Them and Us is anessential reminder of how past struggles were fought, of the unscrupulous nature of our enemy and of the need for militancy and solidarity to defeat them.

John Newsinger draws on the words and actions of working class activists—and of their enemies—to bring to life key episodes in the struggle.

Defeating the attempt to solve the current crisis at the expense of the working class requires a level of struggle that has notbeen seen in this country for many years. This is what we have to work towards and build for. Them and Us is a vital contribution to this fight.