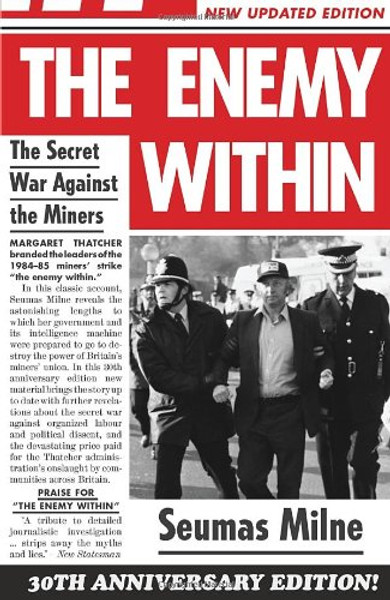 Margaret Thatcher branded the leaders of the 1984-85 miners' strike 'the enemy within.' In this classic account, Seumas Milne reveals the astonishing lengths to which her government and its intelligence machine were prepared to go to destroy the power of Britain's miners union. In this 30th anniversary edition new material brings the story up to date with further revelations about the secret war against organized labour and political dissent, and the devastating price paid for the Thatcher administrations onslaught by communities across Britain.