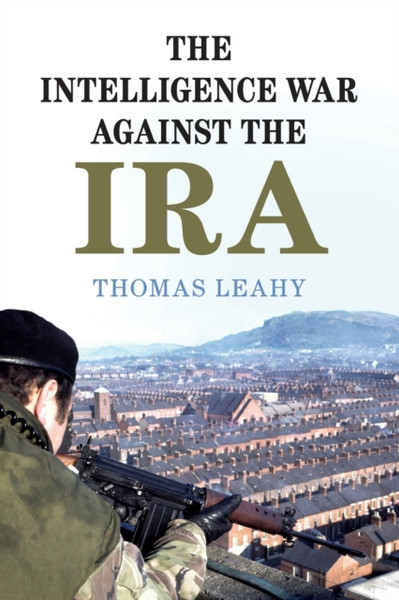 The exposure of two senior republicans as informers for British intelligence in 2005 led to a popular perception that the IRA had 'lost' the intelligence war and was pressurised into peace. In this first in-depth study across the entire conflict, Thomas Leahy re-evaluates the successes and failures of Britain's intelligence activities against the IRA, from the use of agents and informers to special-forces, surveillance and electronic intelligence. Using new interview material alongside memoirs and Irish and UK archival materials, he suggests that the IRA was not forced into peace by British intelligence.
"Leahy meticulously, painstakingly and, indeed, convincingly, debunks that conclusion" - Margaret Urwin

His work sheds new light on key questions in intelligence and security studies. How does British intelligence operate against paramilitaries? Is it effective? When should governments 'talk to terrorists'? And does regional variation explain the outcome of intelligence conflicts? This is a major contribution to the history of the conflict and of why peace emerged in Northern Ireland.

'An important and difficult subject, explored with skill and in very impressive, well-researched detail.' Richard English, author of Armed Struggle: The History of the IRA

'Informers and agents are central to insurgencies. They can be devastatingly effective, yet inflict terrible suffering. Meticulously dissecting the intelligence war in different regions, Leahy's analysis of how informers and agents affected the strategic interaction between republicanism and the British state is a major contribution to scholarship on the Northern Ireland conflict.' Huw Bennett, author of Fighting the Mau Mau: The British Army and Counter-Insurgency in the Kenya Emergency

'Thomas Leahy's study of the Intelligence War in Northern Ireland draws on rich new evidence from the archives to provide a well-paced, thought-provoking and richly-textured account of the impact of British Intelligence measures during the conflict. The author makes a compelling case for analysing both military and political intelligence together and offers a fresh new perspective on why it took so long to bring an end to the violence through a negotiated peace settlement.' Niall Ó Dochartaigh, author of From Civil Rights to Armalites: Derry and the Birth of the Irish Troubles

Thomas Leahy investigates whether British intelligence and their informers forced the IRA into peace by 1998. The book is ideal for those who want to know more about the IRA, explore why peace emerged in Northern Ireland, and understand British intelligence's role against the IRA.