The Revolutionary Journalism of Big Bill Haywood : On the picket line with the IWW 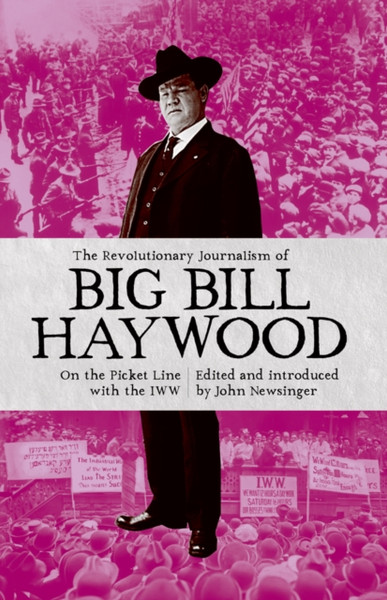 The Revolutionary Journalism of Big Bill Haywood : On the picket line with the IWW

Big Bill Haywood was one of the most inspirational leaders of the revolutionary Industrial Workers of the World (IWW or Wobblies) in the early 20th century. A giant of a man, Haywood started working down the mines at the age of nine and went on to lead massive struggles, confronting employers, private detectives, police, troops, vigilantes and the US government.

With an introduction by John Newsinger that captures Haywood's extraordinary life and turbulent times, this book collects together most of Haywood's articles for the revolutionary International Socialist Review. Written between 1910 and 1917, the articles cover struggles in not only in the US and but also in Europe — notably the 1911 South Wales miners’ strike and the 1913 Dublin Lockout. They capture the astonishing ingenuity and courage of those fighting back against a brutal system intent on making those at the bottom pay for a crisis created by those at the top -- an inspiration for the struggle today and to come.

John Newsinger is Professor of History at Bath Spa University and a long-standing member of the Socialist Workers’ Party. He has been a senior shop steward in the Amalgamated Union of Engineering Workers (AUEW), a school rep in the National Union of Teachers (NUT) and branch chair in the University and College Union (UCU). He is the author of numerous books including Orwell’s Politics (Macmillan, 2000), Fighting Back: The American Working Class in the 1930s (Bookmarks, 2012), The Blood Never Dried: A People’s History of the British Empire (Bookmarks, 2013), Jim Larkin & the Great Dublin Lockout of 1913 (Bookmarks, 2014) and British Counterinsurgency (Palgrave Macmillan, 2015).