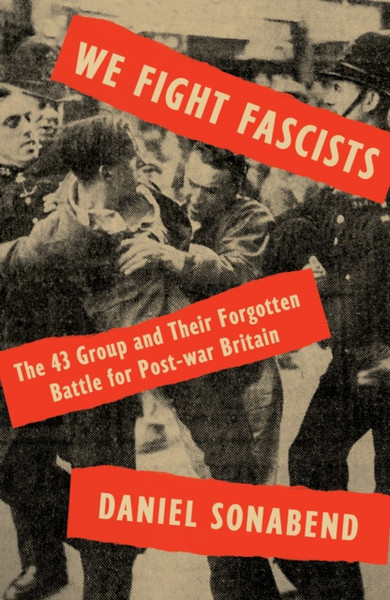 In 1946 many Jewish soldiers returned to their homes in England imagining that they had fought and defeated the forces of fascism in Europe. Yet in London they found a revived fascist movement inspired by Sir Oswald Mosley and stirring up agitation against Jews and communists. Many felt that the government, the police and even the Jewish Board of Deputies were ignoring the threat; so they had to take matters into their own hands, by any means necessary.

Forty-three Jewish servicemen met together and set up a group that tirelessly organised, infiltrated meetings, and broke up street demonstrations to stop the rebirth of the far right. The group included returned war heroes; women who went undercover; and young Jews, such as hairdresser Vidal Sassoon, seeking adventure. From 1947, the 43 Group grew into a powerful troop that could muster hundreds of fighters turning meetings into mass street brawls at short notice.

The history of the 43 Group is not just a gripping story of a forgotten moment in Britain's postwar history; it is also a timely lesson in how to confront fascism, and how to win.