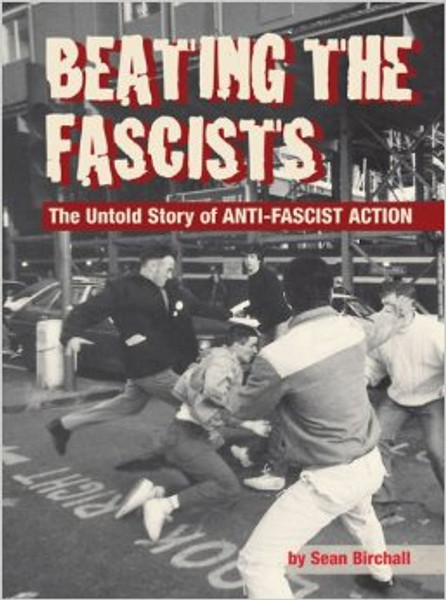 Beating The Fascists The Untold Story of Anti-Fascist Action

“…they were hit with everything, bars, hammers, baseball bats. Yes it was savage enough I suppose but not gratuitous. We were taking the opportunity to send them a message …”(p.215)

Beating the Fascists deals with Anti-Fascist Action (AFA), an organisation that engaged in what was, in effect, a quasi-paramilitary conflict with a variety of fascist organisations, principally the BNP and Combat 18, who were intent on pursuing a policy of insurrection by ‘controlling the streets’. This semi-clandestine campaign continued up until 1994 when Nick Griffin ostentatiously declared that his party were to ‘de-commission the boot’ in order to end what John Tyndall had described as ‘a state of war’. AFA had,literally, driven the fascists off the streets and forced them into a comprehensive strategic re-evaluation, and this text provides key anti-fascist activists with a platform to tell their own story in their own words.