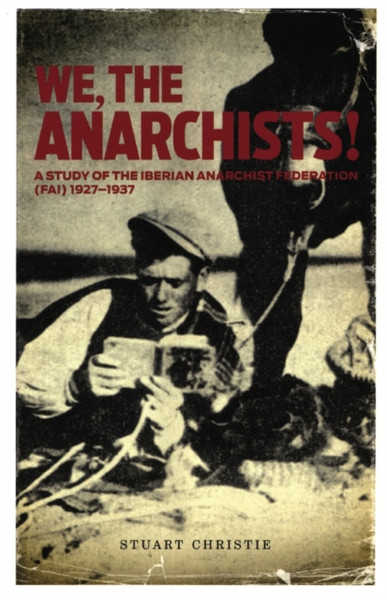 Since the official birth of organized anarchism at the Saint-Imier Congress of 1872, no anarchist organization has been held up to greater opprobrium or subjected to such gross misinterpretation than the Federacíon Anarquista Ibérica. Better known by its initials, the FAI was a group of twentieth-century militants dedicated to keeping Spain's largest labor union, the CNT, on a revolutionary, anarcho-syndicalist path.
There are two dimensions to Stuart Christie's indispensable We, the Anarchists! The first is descriptive and historical: it outlines the evolution of the organized anarchist movement in Spain and its relationship with the wider labor movement and, at the same time, providing some insight into the main ideas that made the Spanish labor movement one of the most revolutionary of modern times. The second is analytical, as the book addresses—from an anarchist perspective—the problem of understanding and coping with change in the contemporary world; how can ideals survive the process of institutionalization?
Stuart Christie's analysis covers the history of Spanish anarchism and the Spanish Civil War, the affinity group organization of the FAI, and the misreadings and outright lies told about the FAI in numerous popular accounts of the period. We, the Anarchists! also provides lessons for today's largely neutered labor movement.
A gripping tale and informative historical corrective, Christie's book jumps out of history with lessons for contemporary organizations and individuals struggling for social and economic change.

Author Stuart Christie is co-founder of the Anarchist Black Cross, Black Flag magazine, and Cienfuegos Press; author of numerous books, including Granny Made Me an Anarchist; and currently publishes books and films through Christie Books. He was imprisoned in 1964 for attempting to assassinate Spanish Dictator Francisco Franco.