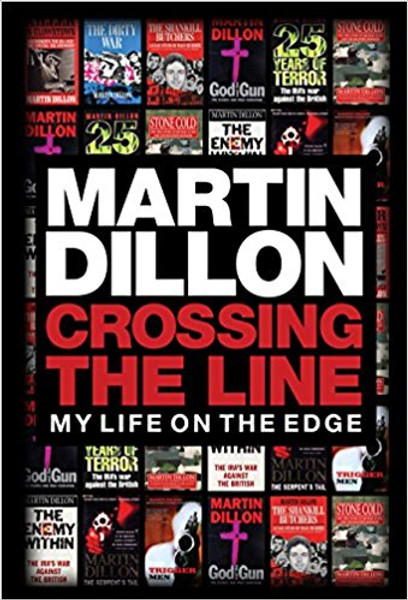 In 'Crossing the Line', former BBC journalist and best-selling author Martin Dillon recalls his courageous journalistic career spent 'on the edge' during the worst years of the modern Troubles. Following his childhood on Belfast's Falls Road and his wild, rebellious teenage years, Dillon's move into the world of journalism lead him down dark paths of extreme danger, putting himself in harm's way to reveal the shocking truths of the conflict. His astonishing story details his encounters with a roll-call of major political figures, paramilitaries, and Irish literary greats: Conservative Prime Ministers Ted Heath and John Major, John Hume, Gerry Adams, Freddie Scappaticci, John McMichael, Joe Doherty, Denis Johnston, Sean O'Faolain, Ben Kiely, and JP Dunleavy. Dillon's memoir is as compelling as it is exhilarating, a roller-coaster of drama, action and emotions, and a riot of revelations on the political and sectarian conflict that rocked Belfast during the 1970s and '80s. But it's his former paymasters in the BBC who get both barrels as Dillon launches a scathing attack on the 'ethics' of the British state broadcaster, while lifting the lid on the Machiavellian manoeuvres of a unscrupulous Dublin art dealer, with his eye on a lucrative deal.