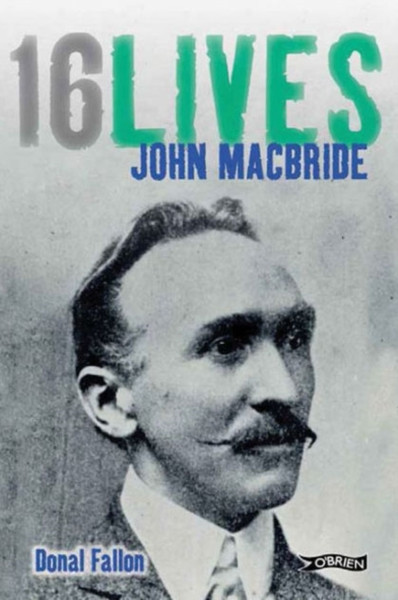 Major John MacBride, who was Born in Westport, County Mayo in 1868, was a household name in Ireland when many of the leaders of the Easter Rising were still relatively unknown figures. As part of the `Irish Brigade', a band of nationalists fighting against the British in the Second Boer War, MacBride's name featured in stories in the Freeman's Journal and Arthur Griffith's United Irishman. The Major went on to travel across the United States, lecturing audiences on the blow struck against the British Empire in South Africa.

His marriage to Maud Gonne, described as `Ireland's Joan of Arc', led to further notoriety. Their subsequent bitter separation involved some of the most senior figures in Irish nationalism. MacBride was dismissed by William Butler Yeats as a `drunken, vainglorious lout; Donal Fallon attempts to unravel the complexities of the man and his life and what led him to fight in Jacob's factory in 1916.

John MacBride was executed in Kilmainham Gaol on 5 May 1916, two days before his forty-eighth birthday.