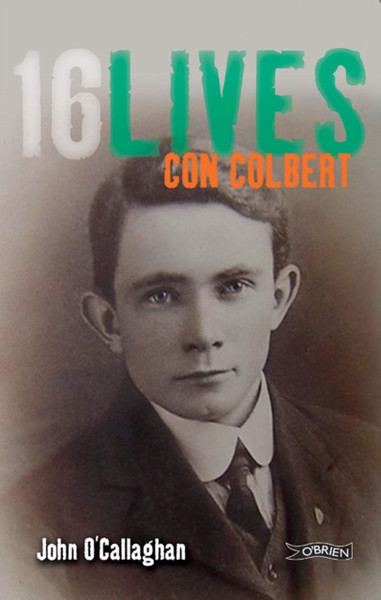 Con Colbert was one of the lesser-known leaders of the 1916 Rising. From a comfortable background in Newcastlewest, County Limerick, he moved to Dublin aged fifteen and worked as a junior clerk in a bakery. Already politically radicalised, he became captain of the first troop of Na Fianna Eireann, the republican boy-scout movement.

An unswerving patriot and idealist, he worked tirelessly for the dream of an Irish-speaking, independent republic. Even before his execution, Colbert was held up as an icon and a role model for the Irish Volunteers. Colbert commanded a company at Watkins' Brewery and at Jameson's Distillery during the Rising.

Inspiring men by example, he showed no fear in the face of danger and confronted his own death with equanimity. Con Colbert was executed at Kilmainham Gaol on 8 May 1916, aged twenty-seven.