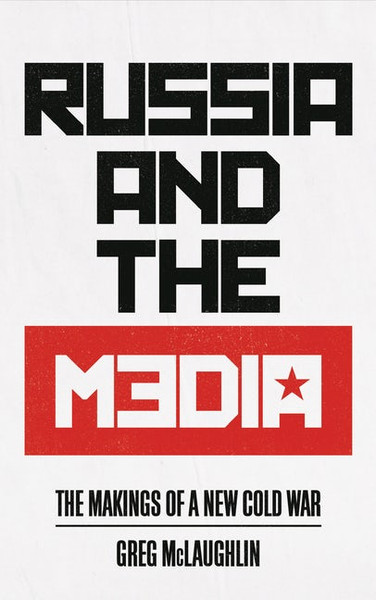 President Vladimir Putin is a figure of both fear and fascination in the Western imagination. In the minds of media pundits and commentators, he personifies Russia itself - a country riven with contradictions, enthralling and yet always a threat to world peace.

But recent propaganda images that define public debate around growing tensions with Russia are not new or arbitrary. Russia and the Media asks, what is the role of Western journalism in constructing a new kind of Cold War with Russia? Focusing on British and US media coverage of moments of crisis and of co-operation between the West and Russia, McLaughlin exposes how such a Cold War framework shapes public perceptions of a major, hostile power reasserting itself on the world stage.

Scrutinising events such as the Ukraine/Crimea crisis, the Skripal Poisoning and Russia's military intervention in Syria - as well as analysing media coverage of the 2018 Russian presidential election and build up to the 2018 World Cup - Russia and the Media makes a landmark intervention at the intersection of media studies and international relations.

The New Working Class : How to Win Hearts, Minds and Votes