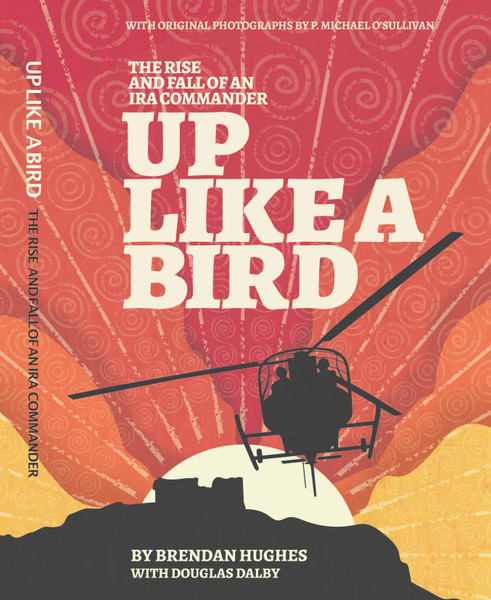 Brendan Hughes’ gritty memoir charts his rise through the ranks of the Provisional IRA in the early 1970s as it evolved into one of the most sophisticated guerrilla movements in the world.

With all the ingredients of a fast-paced thriller, Hughes reveals how he led a secret IRA unit that planned and executed the celebrated helicopter escape from Mountjoy Jail in 1973 and carried out a series of audacious bank raids in the Republic.

For the first time, he also tells the inside story of how the IRA planned a mass breakout from Portlaoise Prison in 1974. Shortly afterwards, his relationship with the IRA leadershp turned sour and former comrades were ordered to execute him.

For almost half a century he has been written out of history. Until now.

P. Michael O’Sullivan was a seasoned photojournalist with a well-earned reputation for bravery in dangerous situations. After serving in the U.S. Army 82nd Airborne, he worked in New York for several magazines, including Life and Business Week.

The book, Patriot Graves: Resistance in Ireland, published in 1972, was the culmination of several visits to the country. Unapologetically partisan, it contains unparalleled documentation of IRA operations and exclusive interviews with some of the organisation’s main leaders. It was banned in the UK.

O’Sullivan suffered severe brain damage following a motorbike fall in 1982, which left him partially paralysed and affected his speech.

Following his death in 2004, aged 64, his collaborator on the book, Don Johnson, paid tribute to his friend.

“He had this courage and grace under fire,” Johnson said. “He would go anywhere with

Brendan Hughes concurs with this assessment, having witnessed O’Sullivan in action.

“He was well-chosen for this mission: He never hid when the firing started.”

Do it Like a Woman: ... and Change the World - Caroline Criado-Perez

Give Birth Like a Feminist : Your Body. Your Baby. Your Choices.